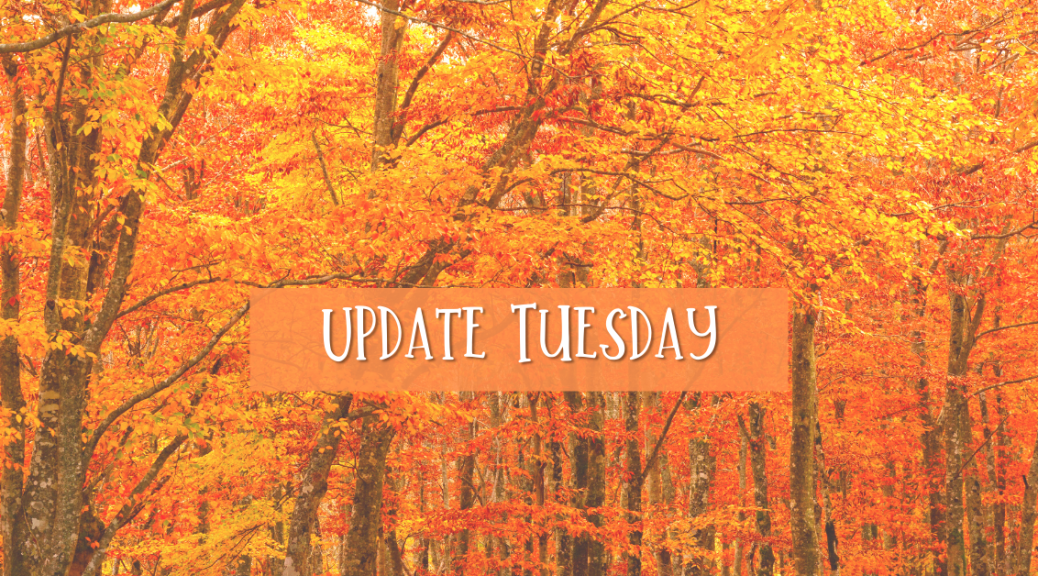 Good morning everyone! I was originally not going to do this post this week. I only read one book, didn’t finish any shows, or anything else for that matter. But I didn’t want to go several days without posting.

I haven’t posted anything since Thursday or Friday of last week. So I wanted to get this up, mainly focusing on the things I plan on doing this week. Because, despite the fact a lot of them are repeats, I have big plans.

So, that all being said, let’s get right into this.

So, I’m not going to go too in depth with this, because I did a full review of this book (which you can find here). The only book that I finished this week was Wrong Bed, Right Brother by Rebecca Brooks. I enjoyed it. That’s really all I have to say right now.

Books I Want to Read This Week

The first few books that I would like to finish this week are books that I’m currently working on.

The first one I want to finish is the audiobook for The Chestnut Man by Søren Sveistrup. This is a detective-led thriller that follows Thulin and Hess as they investigate a serial killer who is leaving chestnut dolls at each crime scene.

The really interesting thing about this one for me is the fact that it’s a translated work. This book takes place in Copenhagen and it’s so interesting to me to follow and see the similarities between how they investigate and how I’ve seen in US-based novels.

The next book that I would like to finish is After the Woods by Kim Savage. I don’t know what is about this book. I’m really enjoying it, but I just can’t seem to keep my attention on it. Maybe I’m still feeling slumpy. I don’t know. But I would like to make progress in it this week and hopefully finish it. Though, it won’t be my main focus.

This book is another thriller, except it’s a young adult one that follows a girl who escaped after being kidnapped. Almost a year since she escaped and a body is found. Now she’s trying to uncover some truths that may have been kept from her.

As for my ebook read, I’m currently working on A Royal Second Chance Summer by Viv Royce. And just like After the Woods, I can’t seem to focus while reading this. But that doesn’t mean I’m not enjoying it.

This one follows the owner of an antiques shop and a prince who in hiding his princely-identity as they team up together to find an item that will help bring his family back together and solidify his place on the throne.

This book is also going to be my first read for the Kindle Clear Out Readathon that is hosted by In Love and Words, Averie Loves Books, Stephs Romance Book Talk, Falling 4 Romance, and Whitty Reads. Click on their names to check out each of their announcements/Instagrams and follow them! The readathon started yesterday and goes until October 4th, so there’s still time to join in and clear those Kindles!

Now moving onto the books that I plan on reading that I haven’t been working on already. The first one is going to be a physical read and that’s Crank by Ellen Hopkins. I haven’t read anything by Ellen Hopkins and I saw that it was on a banned books list. Since it’s Banned Books Week, I decided to read this one. I also have a challenge to read a banned book during Banned Books Week in one of my yearly challenges so I should probably do that.

As for my next audiobook, I was saying for a while that I was going to listen to The Whisper Man by Alex North, but I decided to switch it to All Boys Aren’t Blue by George M. Johnson. This will be counting toward the Kindle Clear Out Readathon as well. Despite its name, any eform book counts, including audiobooks on Audible or Libro.fm. So now would be a good time to get through those Audible books.

I’m not really planning on any physical reads at this point and don’t have any plans for any audiobook listens either. If I get to some more, that’d be great but I’m not setting myself up for more right now. But I do hope to read more Kindle books.

The next Kindle book that I hope to read is The Bromance Book Club by Lyssa Kay Adams. This is one of the few eBooks that I’ve bought, but I am really excited to read it. I know a ton of people love these books and I can’t wait to jump onto that bandwagon because I’m sure that I’ll love them as well.

Next up is a novella that I’ve had on my Kindle and completely forgot about! A Journey’s End by Ann Christopher is a little over 100 pages and is the leading novella into the Journey’s End series. I think it’ll be a really quick read to finish this week!

And last but certainly not least is #Awestruck and possibly #Moonstruck by Sariah Wilson. These two books will finish off my reading of the #Lovestruck series and check off another series toward finishing 5 series. So I’d like to get these ones read before the readathon is done.

Because I have so many reading plans this week because of the readathon, I don’t think I’m going to get much watching done. Because of this, I don’t have any plans to watch anything until after October starts.

But I would like to watch all sorts of spooky shows and movies so recommend your favorites in the comments!

I’ve been obsessed with doing puzzles these past couple of days, but thankfully I only have one left to do so maybe after I finish that while listening to some audiobooks, I’ll be able to focus on the ebook reading.

If you’re joining into this readathon, let me know in the comments and what you plan on reading.

I’m going to kinda mention it here, but I don’t want to be held accountable if it doesn’t play out. I plan on filming 2 videos today and vlogging this week to get back into posting on YouTube. So hopefully you’ll get the chance to see those videos. Here’s to hoping.

Anyway, that’s all for this one. I do hope you all enjoyed this post and stick around for more. If you’re on my website, on the right side of the page, you can find the “follow” button. As for commenting, scroll all the way to the bottom of the page and there it is!

I hope to talk to you all in the comments or on my Instagram! Thanks so much for joining me and I’ll see you all very soon.

This site uses Akismet to reduce spam. Learn how your comment data is processed.

Follow A Court of Books and Love on WordPress.com